The United States’ adversaries, like Russin and China, continue to hack into U.S. companies and government agencies because they aren’t afraid of retaliation, the Army general expected to be confirmed as the next head of the NSA and U.S. Cyber Command said.

Responding to a line of questioning from Sen. Dan Sullivan, R-Alaska., who called the U.S. “the cyber punching bag of the world”, Nakasone said that countries known to target the U.S. in cyberattacks are not deterred by U.S. policy.

“I would say right now they do not think that much will happen to them,” Nakasone said. “They don’t fear us.” 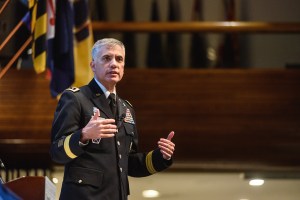 Nakasone: U.S. adversaries have no fear of reprisal for cyberattacks