NASA infrastructure should be part of the wider effort to fund federal research and development infrastructure, said Rep. Eddie Bernice Johnson, D-Texas, during a House Science Subcommittee on Space and Aeronautics hearing Thursday.

The chair of the full committee said NASA‘s infrastructure needs include one of the nation’s most powerful supercomputers, utility and access systems across nine centers and other research and test facilities, wind tunnels for developing subsonic and hypersonic aircraft, and clean rooms and vacuum chambers for building sensitive interplanetary spacecraft.

NASA Administrator Bill Nelson has previously said the agency’s full list of infrastructure needs is more than $5.4 billion, which includes $2.6 billion in deferred maintenance — roughly 7% of its $39 billion asset value.

Annual maintenance requirements increase every year and exceed NASA’s resources, which will begin jeopardizing efforts to return to the moon, establish a permanent lunar base and reach Mars, understand the impacts of climate change, and make engineering breakthroughs in the “near future,” Gibbs added.

Many of NASA’s buildings and laboratories date back to the National Advisory Committee for Aeronautics and Mercury, Gemini and Apollo projects, and Artemis Program investments are needed to maintain technical capabilities.

JSC also runs NASA’s space sample return program, which hasn’t yet sited a new facility for processing samples returned from Mars. Missions like that are consistently prioritized over NASA’s deferred maintenance backlog across 5,000-plus buildings and structures.

“The reality is I’ve had to delay, defer, descope 47 [construction] projects over the last two budget cycles because I just didn’t have the resources,” Gibbs said.

The House Science Committee hadn’t examined NASA’s infrastructure since 2013, when the deferred maintenance backlog was $2.1 billion, and the agency received less funding than it’s requested 10 out of the last 12 budget cycles.

NASA’s fiscal 2022 request represents a $6.3% increase on last year with an additional $3 billion for safety, security and mission services that include maintenance and operations. But the agency’s request for construction, environmental compliance and remediation represents a 9% reduction.

“If NASA’s facilities and infrastructure are in need, they should be appropriately prioritized in the agency’s budget request,” Babin said.

Riggs said mission, safety and health remained higher priorities in the budgeting process, but there’s an opportunity to invest in state-of-the-art facilities and demolition of outdated ones to shrink NASA’s footprint.

Exactly how lawmakers plan to approach the problem remains up in the air.

“While the path forward in Congress might not yet be totally clear, my commitment to addressing our R&D infrastructure needs is steadfast,” Johnson said. “Science, research and innovation are our future.” 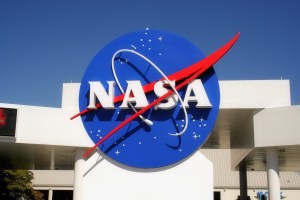