In the not-too-distant future, we’re told, Amazon will deliver our Whole Foods shopping, to our doorstep, by drone. Sounds convenient, but what kind of noise pollution will widespread drone use contribute to our already-loud cityscapes?

NASA thinks there’s a good chance it could be quite bothersome.

In a recently released study, the agency tests the “Psychoacoustic Properties of Small Unmanned Aerial System Noise,” or in other words, how annoying drone sounds are to humans.

For reasonable comparison, the NASA study tests the flight sounds from small unmanned aerial systems (sUAS) against the sounds made by “contemporary” delivery machines, i.e. trucks. To do this, NASA researchers collected sounds from several sUAS, like the DAx8 and the Stingray 500. Then the researchers took recordings of a variety of ground vehicles, from a Subaru Impreza Sport to a Grumman Kurbmaster/Utilimaster step van.

Next, the researchers brought 38 test subjects to NASA Langley to have them listen to all the recordings and rate their annoyance on a sliding scale from “not at all annoying” to “extremely annoying.”

The results? People do respond differently to sUAS noise as compared to the ground vehicle noise. “The data suggests a lack of parity between the noise of the recorded sUAS and that of a set of road vehicles,” the report states.

“Initial analysis of the data from this test indicates that there may be a systematic difference between the annoyance response generated by the noise of the sUAS and the road vehicles included in this study,” the report concludes. “It is unknown as of now whether this difference can be accounted for by other factors, or whether it is being generated by qualitative differences between the sound of road vehicles and sUAS. This result casts doubt on the idea that sUAS operators can expect their operations to be greeted with minimal noise-based opposition as long as the sound of their systems are ‘no louder than’ conventional package delivery solutions.”

In essence, further research is needed — NASA is already analyzing this existing data for more information, and plans do conduct a further study this year. 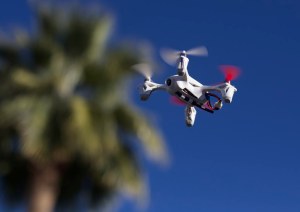