The National Guard has appointed Martin Akerman as its first chief data officer.

Akerman previously held the role of data strategy director at the Air Force, and joined the National Guard in September.

In the new post, his formal title is IT specialist (policy and planning/data management), and he reports to the National Guard Bureau’s J6 Chief Information Office.

According to LinkedIn, Akerman has also held roles at Booz Allen Hamilton and at the United Nations Population Fund. Earlier in his career, he was a lead IT specialist at the Bureau of Transportation Statistics.

His appointment comes as other military services install new senior leaders to improve their use of data. Earlier this month the Defense Information Systems Agency established an Office of the Chief Data Officer to enhance the sharing and integration of data across the organization.

The National Guard has nearly half a million members that work full time jobs and are on stand-by to be deployed to local disasters or to oversees military missions. With so many members, comes troves of data. Hokanson said he hopes Akerman can identify outdated processes the guard uses and get rid of “those things that we just don’t need to do anymore, because they’re no longer relevant.”

The guard already uses data tools in some of its missions. When deployed to fight wildfires in places like California, the guard uses an artificial intelligence tool initially developed by the DOD’s Joint AI Center to track wildfire lines. 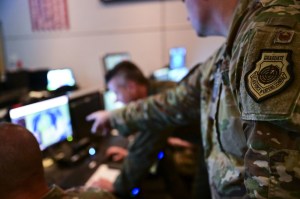