The House voted to advance National Quantum Initiative Act to the president’s desk, 348-11, on Wednesday, resolving differences resulting from a Senate version of the bill that passed by unanimous consent last week.

The bill proposes to establish a National Quantum Coordination Office inside the White House’s Office of Science and Technology Policy to help coordinate research between agencies, serve as the federal point of contact and promote private commercialization of federal research breakthroughs over the next decade.

Reps. Lamar Smith, R-Texas, and Eddie Bernice Johnson, D-Texas, first unveiled the legislation in June as a way to coordinate the disparate research efforts of the nascent technology across the public, private and academic sectors.

The bill also would create:

The overall goals of the bill include the eventual creation of industry standards for QIS development, new research grant funding and increased collaboration with the private sector.

Quantum technology, including quantum computing, has drawn significant attention from Congress and the White House in 2018 for its theoretical potential to increase computing power and disrupt encryption standards. Rival countries like China and Russia are pushing hard to improve their own QIS capabilities.

The House had previously passed the bill in September in a voice vote. 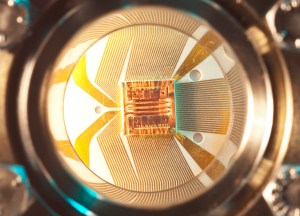