The Navy wants to transition its IT to an enterprise services operational model, which the service says will help avoid the duplication of systems.

In a memo signed earlier this month, Navy CIO Aaron Weis and acting Assistant Secretary of the Navy for Research, Development and Acquisition Frederick Stefany outlined the new strategy, which forms part of the department’s IT Superiority Vision, an IT service blueprint that was signed in early 2020.

Enterprise service management is the discipline of applying a service-oriented business model across all functions, including those such as HR and facilities.

According to the Navy, the new strategy will change how it acquires and uses IT, and get more commercial tech into the hands of staff. The Navy has sought to audit its IT systems to reduce inefficiencies and plug cybersecurity gaps since it received a scathing internal review of systems security in 2019.

“This transition is fundamental to reducing waste and duplication; increasing data availability; maintaining pace with modern industry practices; accelerating productivity; and, reducing cyber risk,” the memo states. “To the greatest extent practicable, common enterprise IT services will be adopted across the Navy enterprise.”

The memo also mandates that the Navy’s chief technology officer lead a new forum to recommend policy on adopting the enterprise IT services approach.

The new strategy will at first be focused on core IT systems such as credential management, model-based engineering capabilities and cloud platform services. Beyond cost saving, the Navy also hopes that an enterprise services approach will help ensure its systems are updated more easily and remain secure from hackers.

“Navy enterprise IT services will be designed to be high performing, low cost, continuously secured, and easily accessed, thus making them a more attractive alternative than an independent investment,” the memo adds.

Other services have taken similar approaches, like the Air Force’s Enterprise-IT-as-a-Service. 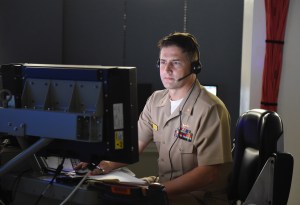