The Department of the Navy is moving to single-tenant cloud services from Microsoft 365.

The Navy and Marine Corps will each adopt their own single-tenant instances of Microsoft 365’s software-as-a-service business email and productivity applications, according to a memo from the DON CIO Aaron Weis announcing the shift. The move is a “foundational step” in implementing the Navy’s identity, credentialing and access management (ICAM) strategy and moving users closer to “one email for life.”

A single-tenant cloud service is one that is dedicated to a sole user group, keeping data storage and services separate from any other organization. The move, Weis said in his memo, would save money and improve the security in a department that in the past has suffered from high-profile breaches and has been working to improve its IT modernization and security.

“Moving to single tenancy is the most expeditious way to ensure users are accounted for and migrated to the cloud-based office suite of services offered by Microsoft 365,” the memo states.

The move will not preclude the department using collaborative services across multiple networks. The Navy, like the rest of the DOD, recently jumped to a Commercial Virtual Remote environment using Microsoft Teams to support teleworking during the Coronavirus pandemic. The CVR environment will expire in December and be replaced with a more “enduring” environment for the department, officials have said.

To carry out the vision for a single-tenancy cloud service, Weis and the deputy CIOs for each service in the Department of Navy are reviewing all procurement and implementations of cloud environments. 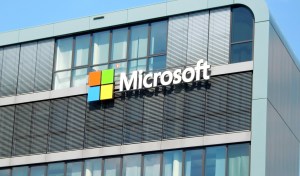