The Department of Health and Human Services continues to issue guidance furthering the nationwide interoperability of health IT with the release of new data classes and elements for electronic exchange Wednesday.

A draft Version 3 of the U.S. Core Data for Interoperability (USCDI v3) adds the health insurance information and health status classes and 20 elements between them and the laboratory, patient demographics and procedures classes.

Interoperable networks have been on the Office of the National Coordinator for Health IT’s wishlist since its creation in 2004 because they allow everything from federal agencies to health-care providers to share the data HHS is prioritizing in real-time to respond to disease outbreaks and prevent future pandemics.

“The USCDI is also used to align interoperability requirements and national priorities for health IT and health care broadly across industry initiatives,” reads draft USCDI v3. “In fact, CMS and other federal, state, local, and tribal partners reference the USCDI for a range of health information exchange purposes.”

The addition of the health status data class along with its disability status, mental function, functional status and pregnancy status elements broadens the original health concerns class — now reclassified as an element along with smoking status — to improve patient care and address inequalities.

The third version of USCDI fine-tunes requirements for elements, including discharge dates and locations, instructions and reasons for hospitalization for the discharge summery note element.

Vocabulary standards will be updated in the final draft, and ONC is seeking additional feedback on the sex (assigned at birth) element, due to changes in the concept, and the gender identity element, which lacks terms for transgender people. ONC also wants to know if its tech spec for patient addresses should be the required USCDI standard. 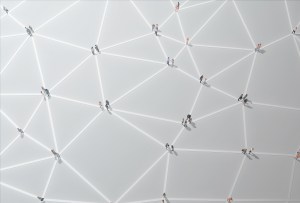