His appointment as director, announced by the agency on Wednesday, comes nearly 16 months after OSC’s last chief stepped down—and also as the office confronts weighty new responsibilities and prepares for what could be a massive budget boost proposed by President Joe Biden’s administration.

OSC has operated as the government’s main coordinator and hub for space commerce activities for decades, and Its key mission is to foster technological advancement within the commercial space industry. The office also maintains operating licenses for private space systems.

More recently though, the office’s responsibilities have expanded to include a greater focus on modernizing and managing America’s systems for space situational awareness.

An influential memorandum on space policy signed by former President Donald Trump in 2018 essentially transferred the authority of monitoring space traffic and warning of potential orbital collisions from the Defense Department to OSC, within NOAA and the Commerce Department. That switch came partly because the number of satellites, tools and debris in that realm is growing exponentially as space commercialization booms. With all those items increasingly hovering around Earth, the Pentagon opted to move on from that mandate so it could place an even deeper focus on its space-based national security missions.

So far, Commerce has not acted so swiftly on this transition to governing Earth’s orbit, but Biden’s budget request for fiscal year 2023 commits roughly $88 million to OSC to make it happen. That marks an almost eight-fold increase from its 2021 enacted level of funding.

“This is an exciting opportunity and I appreciate the support and encouragement OSC is receiving from NOAA, the Department of Commerce, the White House and Congress,” DalBello said in the agency’s release. “Space safety and sustainability are two of the most critical issues facing the international community today and I am pleased the Biden administration has made these issues a priority.”

Having a new permanent director to help manage those millions, provided Congress approves that money, will also likely make a notable difference in this space surveillance operation. NOAA’s Leslie noted that the office’s last director, Kevin O’Connell, stepped down in January 2021, with the transition from Trump’s team to Biden’s. Mark Paese, the deputy assistant administrator of NOAA’s Satellite and Information Service, is serving as acting OSC director until DalBello assumes his fresh position.

Leslie said the agency will share more information regarding DalBello’s early priorities after his first day on the job.

Former Chief of Staff at the National Space Council Jared Stout told FedScoop that he has known DalBello for nearly 10 years and that he is a “brilliant, dedicated and extremely hard-working” official.

DalBello will enter the position with more than 3 decades of experience in the space industry, according to his LinkedIn profile. From 2013 to 2015, he was OSTP’s lead for space and aeronautics under former President Barack Obama—a position he also held during the Clinton administration. Most recently, he was the vice president of government affairs at space consulting firm GXO. And prior to that, he served as Virgin Galactic’s vice president of business development and government affairs, among other roles.

Stout, who is now the director of congressional and regulatory policy at Meeks, Butera and Israel, said OSC’s first priority under its new leadership “absolutely must be to stand up the civil space situational awareness system as soon as possible, with U.S. industry leading the way.” 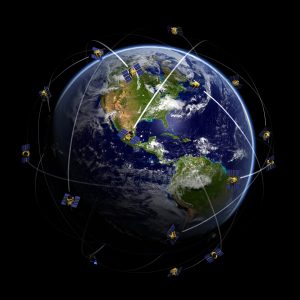