The Department of Health and Human Services is investigating sources of algorithmic bias as part of its effort to ensure health equity by design, according to Secretary Xavier Becerra.

Becerra tasked the Office of the National Coordinator for Health IT with the research given its work with vendors of electronic health records, which are increasingly the source of data used to train and develop algorithms.

ONC has found algorithms developed by, say, the Mayo Clinic in Rochester, Minnesota, might not apply to hospitals in San Juan, Puerto Rico, as the Biden administration prioritizes more equitable health outcomes nationally, according to the HHS secretary.

“As part of the effort, I’ve asked ONC to take a deep look at algorithmic bias and its implications for health equity to ensure that all Americans get the benefits that modern analytic technologies can provide,” Becerra said, during the ONC 2022 Annual Meeting on Wednesday.

ONC has also begun working with the Centers for Disease Control and Prevention on what’s being informally called its “north star architecture,” a more cloud-oriented environment to support the federated public health infrastructure across the U.S. The north star architecture is part of the CDC’s Public Health Data Modernization Initiative and includes a collaborative governance model co-chaired by both agencies and including state, local, tribal and territorial public health agencies.

For ONC’s part, it will release more use case-specific data as part of its U.S. Core Data for Interoperability+ (USCDI+) initiative to create a nationwide public health data model.

“The idea is to create an infrastructure that allows the benefits of what cloud-hosted architecture can provide and cloud-native solutions can provide but also still give the jurisdictions — the state, local, tribal and territorial public health agencies — the autonomy that they need and is a part of the Constitution,” said Micky Tripathi, national coordinator for health IT.

Tripathi called 2022 a “pivotal” year in the U.S.’s transition to “digitally native” health care while admitting faxing is still “hiding in plain sight” across the delivery system. He’s both encouraged by the commitment of health care providers, technology developers and health information networks to meeting the new Fast Healthcare Interoperability Resource (FHIR) data standard for health information sharing and concerned providers may not be aware of all the deadlines and requirements.

ONC plans to launch pilots of different patterns of support for FHIR in early 2023. Patterns include non-brokered or facilitated FHIR, which allows for the use of network infrastructure like endpoint directories, record-location services and security certificates to make it easier for applications to connect and the standard itself to scale.

The agency is additionally working with the CDC to launch the Helios FHIR Accelerator, a public-private initiative to streamline data sharing through new use cases and ultimately speed up modernization of public health technology.

“I think one of the scourges of our industry is the minimum viable compliance problem,” Tripathi said. “That is doing just enough to meet the letter of a regulation and not embracing the spirit or the opportunity of what we can do together.” 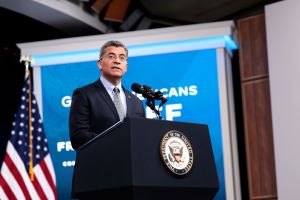