In yet another example of how attaching legislation to a big defense spending bill can be seen as a surefire route to law, the Open, Public, Electronic and Necessary (OPEN) Government Data Act has been added to a group of amendments attached to the 2018 National Defense Authorization Act.

The Data Coalition was excited by the news Thursday, saying this makes the legislation “set” for passage.

The bill, which sets the “presumption” that government data should be presented as open and machine-readable data, passed the Senate in December 2016 but didn’t quite make it into law. Now, a tweaked version has been added as an amendment to NDAA, a tactic sponsors anticipate will yield success.

“The NDAA is expected to pass both chambers of Congress and be signed by the President, meaning that this open data bill is likely to become law,” a Data Coalition press release states.

The amended version of the bill is much the same as the original, the Data Coalition says, but “incorporates some changes based on input from the White House Office of Management and Budget (OMB), ensuring support from the Administration going forward.”

The legislation finds its roots in President Obama’s 2013 Open Government policy and seeks to codify as well as build upon that work. The hope is that the law can encourage federal agencies toward open data as a default by making any failure to use open data “legally questionable.”

It also requires that OMB publish guidance on how federal agencies can practically implement the open data mandate and introduces definitions of “data asset,” “metadata” and “machine-readable” into U.S. law.

“This bill will push the whole federal government to modernize, across all its information operations,” Data Coalition Executive Director Hudson Hollister said in a statement. 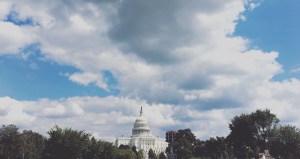