The Office of Personnel Management has proposed delegating direct hire authority for IT professionals to agency heads.

OPM published a proposed regulation Monday in the Federal Register that would give CFO Act agencies the direct hire authority (DHA) rather than reserving that power for itself.

The regulation cites the recent executive order “Enhancing the Effectiveness of Agency Chief Information Officers,” which calls for OPM to delegate “to the head of a covered agency authority necessary to determine whether there is a severe shortage of candidates or a critical hiring need for information technology (IT) positions under certain conditions, sufficient to justify a DHA.”

The regulation would go a step further than what the executive order requires by proposing to actually give agency heads the ability to use the DHA after deeming it necessary.

“The intended effect of this change is to enhance the Government’s ability to recruit needed IT professionals,” the proposed regulation says.

As it currently stands, only OPM has the authority to deem if there is “a severe shortage of candidates or a critical hiring need” and then grant direct hire authority to an agency, meaning it can expedite the hiring process, after giving notice, by eliminating procedures such as veterans’ preference and competitive rating and ranking. The new rule would give agency heads the authority to do both instead of OPM.

OPM will, however, retain its oversight of the authority, so agencies will be “required to provide the determination and a description of the supporting evidence to OPM,” the proposal says.]]]

Margaret Weichert, who was named acting director of OPM just this month, has made quick work of the long-planned move to better support the federal IT workforce by issuing direct hire authority to agency heads. Days into her new role, Weichert explained how the move is an important first step in the White House’s plan to overhaul the government’s technology, data and talent management infrastructure.

“I think over time, there will be a host and a portfolio of changes that we are going to recommend,” she said earlier this month. “I think it’s really important for us to acknowledge that all of the original components of Title 5 and updates to it since then were well-intentioned, but layers and years of statute and added regulation have made it very complex and very cumbersome to operate very nimbly and agilely in the 21st century.”

OPM will accept comments on the proposed rule until Dec. 28. 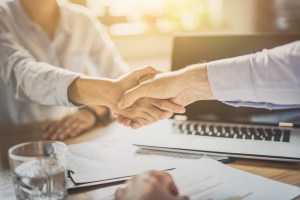 OPM to delegate IT direct hire authority to agency heads