The White House honed its focus on quantum information science Friday, forming a new subcommittee tasked with coordinating a national agenda on the role of the emerging technology.

“Quantum information science has the potential to revolutionize all manner of industries, open up new fields of discovery and accelerate scientific breakthroughs,” said Michael Kratsios, deputy assistant to the president for technology policy, in a statement. “Now is the time to build upon and expand that leadership if we are going to realize the true potential of this technology, which will be critical to our future economic growth and national security.”

The move is similar to an anticipated bill from House Science, Space and Technology Committee chair Lamar Smith, R-Texas, that he said would coordinate disparate public and private sector research on quantum technologies.

The White House subcommittee will be chaired by experts from the National Institute of Standards and Technology, Department of Energy, National Science Foundation and Jacob Taylor, OSTP’s assistant director for QIS.

The departments of Agriculture, Defense, Health and Human Services, Homeland Security, Interior and State, the Office of the Director of National Intelligence, NASA and the National Security Agency also would reportedly have representation on the subcommittee.

Officials said the new panel’s goal will be to create a national agenda on QIS, address U.S. economic and national security implications from the technology and coordinate federal policy.

The incipient potential of the quantum computing has drawn a lot of attention recently, mostly because its processors work with quantum bits, or qubits, that exist as both a one and a zero at the same time, providing significantly more computing power than current technology and posing a threat to modern cryptography systems.

Congressional leaders have also turned their focus to quantum tech’s potential, especially as nations like China and Russia have invested heavily in it, signaling a potential new global arms race.

The QIS subcommittee will next meet on June 28, officials said in a statement. 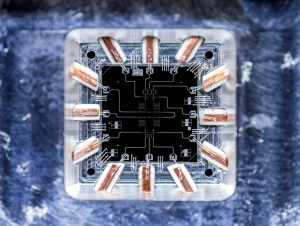