Building a new online system that will make federal court records free to the public will cost far less than a rumored $2 billion, according to former government technologists and IT experts.

In a letter sent Tuesday to the Judicial Conference of the United States, representatives from the Free Law Project — a nonprofit that provides free access to legal materials — laid out what they see as the true cost of a new case management and electronic case filing system: $10 million to $20 million over 36 months for the build, and then less than $5 million annually to maintain.

“We are confident that under no circumstance would building and implementing the new system described in the OCA cost $2 billion or even several hundred million dollars,” the letter reads. OCA refers to the Open Courts Act, a bill the House Judiciary Committee approved in September.

It currently costs 10 cents per page to view or download court records through the Public Access to Court Electronic Records (PACER). The OCA would remove the paywall and streamline the federal court’s online record system, creating what advocates are calling a “free PACER.”

The Administrative Office of the U.S. Courts is sending lobbying materials to federal judges to oppose the bill, according to the left-of-center judicial policy organization Fix the Court. Among the distributed talking points are the $2 billion build cost and the possibility of increased filing fees for litigants. The Free Law Project letter also disputes the filing fee claim.

Since PACER first debuted in 1998, the cost of storing and retrieving data — in this case static PDF files — has dropped 99.9%, according to the letter.

The $2 billion estimate may come from California’s failed attempt to create an electronic court system, which the state abandoned in 2012 after it became too expensive. The Free Law Project said it based its estimate on the cost of a recently completed e-filing system that 18F helped create for the United States Tax Court.

Experts in the letter also emphasize the gradual nature of building a free PACER.

“Our experience tells us that executing custom software is always incremental — an operational expense instead of a capital one,” the letter reads. “The new system will be rolled out step by step and will be built around the existing one so as not to create any disruptions.”

It is unlikely that the Open Courts Act will pass both chambers before the end of the current congressional session. 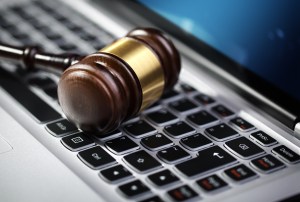 Free PACER advocates say $2 billion estimate is out of touch