In order to meet the IT modernization, data and workforce expectations of the President’s Management Agenda, individual parts of the federal government must learn to collaborate on multiple levels, according to a new report by the Partnership for Public Service and Ernst & Young.

Through workshops and interviews with government leaders, the authors of the report distilled a vision of the future of government into four component pieces: agencies collaborate internally, agencies work together, agencies engage the public and agencies establish connections with nongovernmental stakeholders.

“In short,” as the report says, “the government of the future will have to be more connected.”

Put another way — and to use one of the government’s favorite buzzy phrases — it’s time to break down silos. But what does that actually mean?

“It starts internally,” Venice Goodwine, chief information security officer at the U.S. Department of Agriculture, said Wednesday morning at the Partnership’s launch event for the paper. “It starts within my agency first … and then across agencies to break down those silos as well.”

She also gave a shoutout to shared services as a mechanism for cross-agency collaboration. “There is no need to spend the investment to rebuild something that’s already been built,” she said. “To interconnect, we need to leverage investment that other agencies have already made.”

“For me the main driver for that is the way we’re budgeted,” she said. “We’re budgeted in silos. So its natural, the natural state of things will be that we’re going to address our vertical, we’re not necessarily going to think horizontally because our dollars are aligned to our vertical.”

That said, Morton says she sees civil servants who are trying to fight this “gravitational pull” of money, and that bodes well. As an example the PMA’s cross-agency priority goals, she said, are a chance to build collaboration networks.

Finally panelist Nancy Potok, former chief statistician of the U.S., warned attendees to move beyond the words of “breaking down silos” to the actual work of it.

“I’ve heard for decades people talking about breaking down silos in government,” she said. But it doesn’t mean much if it stops there. “Where I’ve seen success is where people have been able to move beyond the rhetoric,” she said.

“It won’t work in general. It’s got to be a specific, tangible problem that people are really tackling and that you can see makes a difference. And then you move on to the next problem, and over time you’ve changed the culture to a problem solving ‘let’s improve culture’ as opposed to let’s sort of talk about this and fill out the templates and keep doing what we’ve been doing forever.” 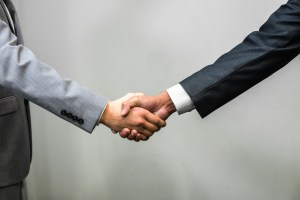 Government of the future can’t happen if each agency acts on its own, report says