Roughly a year into its existence, the Defense Department’s Artificial Intelligence and Data Acceleration (ADA) initiative is making notable impacts, according to senior officials — but, like many of the Pentagon’s maturing digital efforts, it might not always exist permanently as it does now.

ADA was launched to help DOD strategically and rapidly advance data- and AI-dependent concepts across its massive enterprise. The initiative is named after Ada Lovelace, who is largely considered the first computer programmer.

“It’s a three-year effort, meaning I’m funding it, if you will, for three years, and we’re going to see as we get through [fiscal year 2024], being the last of those years, where we are with ADA and what the next natural evolution is,” Deputy Secretary of Defense Kathleen Hicks said on Wednesday at DOD’s annual Digital and AI Symposium.

Hicks is currently steering a broad bureaucratic reorganization within the Pentagon to establish the new Chief Digital and Artificial Intelligence Office (CDAO), under which several DOD components are now merging together to ultimately help scale AI and data-driven capabilities.

“I think we should be very unafraid to shift approaches — as the stand-up of the CDAO itself shows — and make sure we are ahead of the curve, not chasing a curve by being committed to either particular initiatives and/or to organizational constructs,” Hicks explained.

Through ADA, the department is dispatching operational data-focused teams to all of its 11 combatant commands to make sense of, manage and automate data feeds that inform national security aligned decision-making. Additional “flyaway teams of technical experts” are also helping the commands integrate AI and streamline workflows.

Despite complications resulting from the COVID-19 pandemic, Hicks said officials are recognizing that “there’s a lot of enthusiasm out at the commands when we can get the teams out there.” She’s also noticed that “unsurprisingly,” some DOD units are at higher maturity than others when it comes to deploying AI.

“And so we’re kind of — we’re, by necessity, sort of pacing to that,” Hicks noted.

Officials involved are also finding that many of the problems pinpointed through ADA are fairly common or could be solved by common solution approaches.

“Because we’re at the enterprise-level at ADA, that’s kind of the beauty of the federated approach. We have this centralized repository of knowledge and expertise and data and tools and contract vehicles and folks who understand how to use contract vehicles for this purpose, and then these problem sets can come in and we can tailor, if you will, more easily and get solutions out faster,” Hicks explained.

The Pentagon’s number two in charge added: “I think ADA in and of itself is proving its worth, and I think anything that would follow it, ADA — whether it’s called ADA or something else — naturally will build on what we do here.”

Speaking on a separate panel during the two-day symposium, the CDAO’s new chief Craig Martell told DOD Chief Information Officer John Sherman that ADA is “one of the particular areas that [he’s] excited about” as he enters the first-of-its-kind role.

“ADA is going to be a flagship achievement here,” Sherman noted, adding that he thinks “there is much opportunity to continue to flesh this out.” 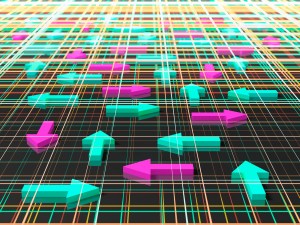