Peter Ranks has stepped down as the Department of Defense’s deputy chief information officer for enterprise information after two years in the role.

He is returning to the Central Intelligence Agency to support its Commercial Cloud Enterprise (C2E) program, according to sources within DOD. Ranks spent 20 years with the CIA, where he led the agency’s Directorate of Science and Technology, before heading to the Pentagon.

“Under his leadership, we’ve made great advances in execution of the DOD Cloud Strategy and development of the software modernization approach while supporting the entirety of the DOD workforce with remote work capabilities during the pandemic – most notably, the work he led on Commercial Virtual Remote. We are thankful for all Pete has done to move the Department forward,” DOD CIO Dana Deasy said in a statement.

Ranks played a big role in guiding the acquisition of the Joint Enterprise Defense Infrastructure (JEDI), the department’s $10 billion cloud computing program currently held up in court. Additionally, Ranks was a proponent of “decoupling” hardware from software to quickly update systems’ capabilities.

Danielle Metz has been tapped as the acting deputy CIO for enterprise information, Deasy said. 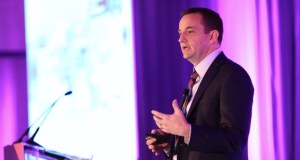 Peter Ranks heading back to CIA after two years with DOD