The General Services Administration has again extended the bid submission deadline for the first two pools of its Polaris IT services solicitation.

It is the fifth such deadline extension since the solicitation was resumed in May following a pre-award challenge. Late last month, contractors bidding on the contract told FedScoop they were still unable to submit certain information to SAM.gov caused by the transition to Unique Entity Identifier (UEI) numbers.

In an update on July 29, GSA said it was aware that some offerors and team members were experiencing delays submitting proposals through SAM.gov and cautioned that entry validation in SAM.gov “can take time.”

The additional time comes after prospective offerors were last month granted a bid submission extension until Sept. 9 to submit proposals following the discovery of errors with the SAM.gov system.

Polaris is one of the most keenly anticipated governmentwide IT acquisition vehicles that will allow government agencies to obtain a range of services including cloud platforms, cybersecurity and software development technology.

The General Service Administration did not immediately respond to a request for comment. 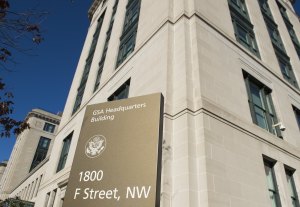 Polaris bid submission deadline extended for fifth time since May