The General Services Administration under President Joe Biden will be led by an array of Obama-era officials, the agency announced Wednesday, just hours into the 46th president’s term.

In particular, GSA’s acquisition and technology efforts will be run by agency alumni keenly familiar with its missions: Sonny Hashmi, former GSA CIO, will lead the Federal Acquisition Service. And Dave Zvenyach — who served as executive director of 18F for a time during the Trump presidency and in other roles with the tech services team under Obama — will oversee the Technology Transformation Services office.

At the top, GSA will be led by Katy Kale in the near term as acting administrator. Kale will then move to her official role as deputy administrator when Biden’s eventual pick to run the agency is confirmed.

Additionally, Jacky Chang will serve as a senior adviser on technology. Chang served as CTO for Biden’s campaign and a senior engineer for Hillary Clinton’s 2016 presidential campaign. While a GSA release said Chang spent time working with the U.S. Digital Service as the head of its product team, a USDS spokesperson told FedScoop she didn’t take a role with the team.

Correction: Jan. 21, 2021. An earlier version of this story misstated Jacky Chang’s experience with USDS. She did not hold a role with the team. 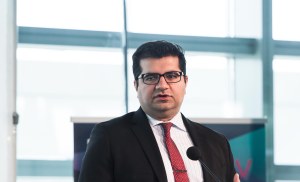