The Treasury Department is only a few months into the process of drawing up governmentwide standards for core financial management systems and shared services, but the official in charge of the effort says one thing is already clear: The job is about more than just picking technology to track how an agency’s money comes and goes.

Because core financial management systems share data with so many others inside an agency, they have to seamlessly integrate with all that technology, or else the cleanup is more complicated than the installation. Treasury has found that financial systems “usually fail” during the integration process, and oftentimes chief financial officers (CFOs) are left handling technology improvements, which isn’t in their job description, Fiscal Assistant Secretary David Lebryk told FedScoop in an interview.

Treasury started working on the standards in June, after being designated as the quality services management office (QSMO) for modernizing financial management shared services. The department itself will rely on the standards, as will any other agency looking to upgrade its systems without having to stand up its own. Other technology available through QSMO-created marketplaces will include cybersecurity services standardized by the Cybersecurity and Infrastructure Security Agency, and a payroll program offered through the General Services Administration.

Agencies will be able to choose from a QSMO-designed catalog of cloud-based systems and services, offered by federal shared service providers, based on their needs. Treasury is currently working with the General Services Administration to create the schedule of modern systems that will help agencies automate the access and sharing of financial data. In this way Treasury is less of a marketplace provider than it is a broker of “better” financial systems, Lebryk said.

For the QSMO to work, existing shared services providers will also need to upgrade their systems using software providers in the marketplace. For instance, the Administrative Resource Center within Treasury is a shared service provider offering a core financial management system and transactional services, but those will need to be upgraded via the marketplace as they age.

The advantages of a QSMO

The Treasury QSMO could potentially have a broad impact. More than two-thirds of agencies will need to update aging financial systems across government within five years, Lebryk said. They still struggle in the process because they lack long-term modernization plans, according to a Government Accountability Office report from August.

Treasury set up a series of workshops with agencies, to understand their needs, and also with software providers, to relay those needs to the marketplace. Through the workshops the department came to realize the challenge integration has posed to legacy financial systems and the need for the QSMO to lay out how cloud-based solutions should interact with the systems feeding them information on financial activity.

Standardization will ensure any changes Treasury makes to its own reporting systems in the future will only be felt once governmentwide, rather than requiring 40 to 50 upgrades among agencies’ separate financial systems.

The QSMO currently has six employees pulled from different agencies, where they gained experience implementing core financial systems to be able to offer technical assistance moving forward. Fully staffed, the QSMO will have about a dozen employees, Lebryk said.

“Hopefully by 2022 we’ll have a fully functional marketplace where agencies actually have the opportunity to select,” Lebryk said.

Treasury is specifically eyeing the third quarter of 2022.

When an agency needs to upgrade a system, it factors that into its budget request, and Treasury expects new financial systems to be paid for through the normal appropriations process, as well.

The more developed marketplace will “significantly” reduce the cost of acquisition, implementation and maintenance while improving capabilities and the chance of success, Lebryk said. That savings could be anywhere from 5% to 30%, according to a Gartner study of similar integration support and standardization in the private sector.

“I’ve been involved in a number of initiatives over my 30-year career, and very rarely can you have something that you know will make a very significant impact — a small group of people thinking smartly about something,” Lebryk said. “And I think this is one of those efforts that, when we look back in five years, we’re going to say, ‘This was really a good thing to do,’ and will have materially improved the quality of government.” 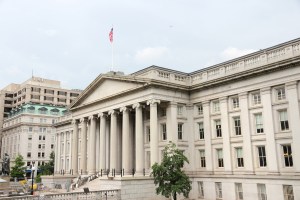