DOE has five NSRCs based throughout multiple national laboratories, each specializing in a different facet of nanoscale research. Agency officials said Wednesday the grants are intended to fund up to $10 million in new quantum physics research per year, over three years, on a competitive basis.

Perry said that the grants will help the U.S. maintain a leading edge in its research and development. Quantum physics — the study of matter at levels so minute that the normal rules don’t apply — has gained increasing attention as both the private sector and several nations have committed billions to research its applications.

“Quantum Information Science represents the future in a wide range of fields from computing to physics to materials science, and it will play a major role in shaping the technologies of tomorrow,” Perry said. “It’s vital that American science and American scientists lead the way into this new era, and these planned investments in our DOE Nanoscale Science Research Centers are an important first step.”

Quantum computers, for instance, could have serious national security ramifications due to concerns that their increased computing power may be able to crack most current security encryption protocols, as well as emerging technologies like blockchain.

Other federal agencies like the National Science Foundation and the National Institute of Standards and Technology have also overseen research into applications like quantum communication devices and encryption among other projects.

The timing of the grants is auspicious as private sector companies like IBM and Google have each released new quantum computer processors in 2018 that may have crossed the threshold of quantum supremacy — the theoretical threshold where quantum computers have the processing power to solve complex mathematical problems that conventional computers cannot.

Pre-proposals are due by 5 p.m. EST on June 1. More information about the grants can be found here. 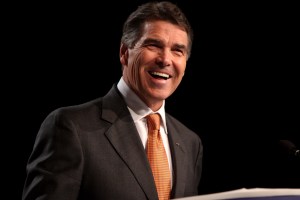 Quantum-level research to get $30M boost from Department of Energy