Raytheon won a $1 billion, five-year cybersecurity contract from the U.S. Department of Homeland Security for a project called DOMino, short for Development, Operations and Maintenance, after years of protest.

The contract was first awarded in 2015 but was quickly protested by Northrup Grumman. After another protest in 2016 alleged flawed evaluations and conflicts of interest because Raytheon hired a former DHS official, this latest award, made June 9, represents a significant win for Raytheon’s cyber business.

The Massachusetts-based company, long one of the world’s largest military contractors, will be “the prime contractor and systems integrator” to defend the .gov domain in support of DHS’s National Protection and Programs Directorate, a company press release explained Monday. The project tasks them with defending more than 100 federal government departments and agencies as part of DHS’s next generation National Cybersecurity Protection System (NCPS).

NCPS is known operationally as EINSTEIN, a DHS tool defending and providing situational awareness to federal networks. EINSTEIN, currently on its third iteration, has been operational during some major breaches against the U.S. government including the largest ever at the Office of Personnel Management.

Read more about the acquisition on CyberScoop. 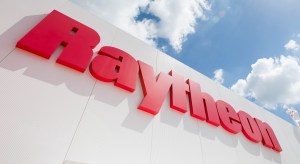