Remote work makes it harder for agencies to run discovery sprints to understand problems with their information technology systems, but not impossible, according to U.S. Digital Service technologists.

That’s one of the reasons why USDS released a Discovery Sprint Guide as an open-source reference for agencies doing similar work updating technology.

“I saw a lot of the same types of questions and challenges come up repeatedly across different types of sprint efforts,” Kat Jurick, who co-authored the guide with Jenn Noinaj, said in an interview. “We had been kicking around the idea of updating our internal sprint documentation for a while, and it just became clear that we needed to write this guide.”

None of that is as easy when agency employees are working remotely and travel raises health concerns during a pandemic.

Rather than expecting the usual results of a normal discovery sprint, technologists must find creative ways to connect with partners outside of established meetings as quickly as possible, according to the guide. Preplanning the sprint schedule is also crucial.

Knowing what meeting and collaboration tools most people participating in the sprint use will help prevent interviews from developing into tech support calls, according to the guide. Most agencies already use enterprise-wide tools like Webex, Zoom, Google Meet, Microsoft Teams, Skype, Slack, Mural, and Miro that interviewees won’t need to download, but practice sessions can help ensure things run smoothly.

Agencies should plan where interview recordings, ideally made using remote meeting tools, will go and who can access them ahead of time, according to the guide. Secure access prevents sensitive information revealed during screen sharing from becoming public. And test accounts, redacted screenshots, collaborative diagramming and other research artifacts can all be agreed on in advance.

Interviewers should avoid the temptation to open remote meetings to observers, thereby tainting the interview.

“If you are using software that allows the interviewer to control the environment, it may still be fine, but one random observer who doesn’t mute their microphone can quickly tank any trust you have built up during a session,” reads the guide.

Remote team check-ins are needed for regularly touching base when writing the sprint report, and report delivery may be the one time when an in-person meeting is warranted — that or a more polished presentation, according to the guide.

Discovery sprints fail when the team lacks access to buildings, assets and people — the biggest challenge during a pandemic. That said, many agencies have successfully shifted to 100% telework one year into the crisis.

For instance, the Department of Homeland Security chief information officers made sure every agency had teleconferencing and file sharing and access capabilities. And productivity rates improved as much as 25% as a result, said Kenneth Clark, chief data officer at Immigration and Customs Enforcement, during a recent ATARC event.

ICE was already embracing more mobile, agile operations when the pandemic hit. Now the agency is considering where it can save on real estate and IT infrastructure costs by having employees continue to telework or rotate into the office occasionally.

“I think COVID forced us into having that model of remote access and teleworking,” Clark said. “But we already had been looking at how we’re going to be able to move in the new era of trying to increase efficiencies.”

This story is part of a FedScoop special report on the Future of Telework. Read the rest of the report. 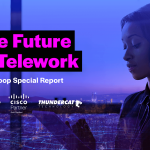 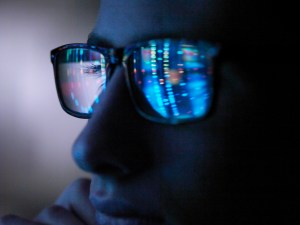