The Secret Service provided a single text message in response to the Department of Homeland Security inspector general’s request for all exchanges from 24 personnel in the lead up and immediate aftermath of the Jan. 6, 2021, U.S. Capitol attack, according to a letter obtained by CNN.

Secret Service Communications Chief Anthony Guglielmi stated on July 14 the agency lost employees’ texts when it began resetting mobile devices to factory settings in January 2021, ahead of a planned “system migration,” while denying they were “maliciously deleted.”

Factory resets are avoidable during such migrations however, and explanations of how the texts were erased have varied, reported Kim Zetter on Wednesday.

Now the Jan. 6 committee wants proof the Secret Service secured and performed forensics on the phones in question to verify Secret Service’s assertion the replacement was simply coincidental.

While Guglielmi held the Secret Service is “fully cooperating” with the DHS inspector general — and the agency provided an initial collection of hundreds of thousands of documents, policies, radio communications, emails, briefings and interviews — the Office of Inspector General has stated access was neither appropriate nor timely due to attorney review.

The Secret Service left it to employees to back up phone records when Congress sent a preservation and production request on Jan. 16, 2021, ahead of the three-month phone replacement that began Jan. 27, 2021. The agency sent personnel a guide on backing up phone content ahead of replacement, but it’s unclear how many employees followed the guidance or why there wasn’t an automated collection system in place — given the Secret Service’s record retention requirements, Zetter reported.

Rowe wrote the Secret Service continues to assess whether any relevant texts were lost and if they’re recoverable, an unlikely prospect without cutting-edge decryption technology, Zetter reported. The Secret Service is also interviewing the 24 employees to see if they stored messages elsewhere. 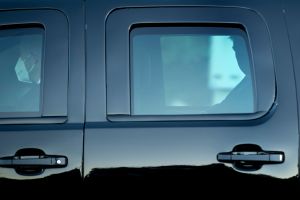