The Pentagon’s No. 2 issued a memo this week to reinforce federal laws that require Department of Defense personnel to retain digital records, such as text messages, following reports that senior Trump administration Pentagon officials did not retain messages concerning the Jan. 6 attack on the Capitol.

In the memo, published Wednesday, Deputy Secretary Kathleen Hicks reminds the DOD workforce that per the Federal Records Act and corresponding Pentagon policy, personnel must retain text messages and other digital messages as official federal records.

Moreover, Hicks orders in the memo that, effective immediately, “all mobile device service providers in DoD will capture and save the data resident on DoD-provisioned mobile devices when devices are turned in by users.” This will be enforced by the department’s chief information officer, secretaries of the military services and other component heads.

“The memo directs the DoD Chief Information Officer to work with DoD components to ensure this guidance is implemented across the department, and to work with the DoD General Counsel to assess existing policies and procedures and report within 30 days to the Deputy Secretary on any further actions they recommend to ensure compliance with the Federal Records Act,” Pentagon spokesman Todd Breasseale said in a statement.

According to those filings, the DOD and Army conveyed that it was department policy to turn in and wipe government-issued phones — an assertion that runs counter to the laws and policies Hicks cites in her memo.

Hicks also asks the DOD CIO and general counsel in the memo to assess the department’s retention policies and compliance with the Federal Records Act and report back to her within 30 days.

The DOD isn’t the only federal agency reported to have deleted text messages concerning the Jan. 6 attack. The Department of Homeland Security and, namely, its component the Secret Service are in hot water after it provided only a single text message in response to the DHS inspector general’s request for all exchanges in the lead-up and immediate aftermath of the attack.

Since then, lawmakers have taken aim at the IG itself claiming that it may have abandoned and covered up the agency’s failed efforts to collect records from the Secret Service. Lawmakers also asked the DHS IG Joseph Cuffari to recuse himself from the Jan. 6 investigation, saying he failed to notify Congress promptly that the Secret Service had refused for months to comply with the watchdog’s request for information relating to the attack. 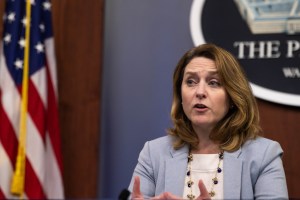