The guide includes seven “plays” to help “improve your chances” of success in implementing TBM.

The document was produced by GSA and the Department of Education — the co-leads for cross agency priority goal number 10 of the President’s Management Agenda, which aims to increase transparency in federal IT spending.

“The expectation was that the learnings that we got from TBM practices would scale beyond the four walls of GSA,” David Shive, CIO at GSA, said in a blog post about the playbook. “We want to be able to take the lessons learned, and take the issue areas that we solved, and share those playbooks and learnings with other agencies. Other agencies would then have good working protocols for implementing something like TBM in a federal agency that they could work off of themselves, instead of taking a larger risk across the entire federal enterprise.”

The playbook argues that in order to successfully implement TBM a federal agency should: Identify key players and stakeholders, determine the current state, identify a measurable desired outcome, start aligning data, look for insights, educate your agency about the goals of TBM as you roll it out and keep maturing the TBM implementation. The playbook includes detailed explanations of each step.

“The real work here is how this gets implemented and how we move from where we are today into an environment that is aligned with our TBM goals,” Federal CIO Suzette Kent said at an event in July 2018. “That’s not a simple task. It takes a lot of participation across the agency.” 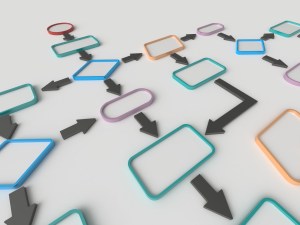