The Technology Modernization Fund is set to get $25 million more in funds in the current version of the proposed 2020 spending bill.

This latest infusion would bring the fund’s total to $150 million — it launched with $100 million in fiscal 2018 and got an additional $25 million in fiscal 2019. The fund, which is housed within the General Services Administration and overseen by both GSA and the Office of Management and Budget, gives agencies money for long-term IT modernization projects.

Thus far it has awarded a total of $90 million to seven distinct projects — two at both the U.S. Department of Agriculture, General Services Administration, and one apiece at the departments of Energy, Housing and Urban Development, and Labor.

Despite demand from agencies, getting additional funds into the TMF has been contentious.

In March, the White House budget proposed $150 million for TMF. Following this, a House version of the 2020 Financial Services and General Government Appropriations Act, which passed in June, proposed cutting it to $35 million. A Senate version of the bill, from September 2019, didn’t include any appropriations for TMF at all.

This current $1.3 trillion spending bill faces a Friday deadline for passage to avoid a government shutdown. However, both chambers are optimistic they will pass it and send it to the president’s desk this week.

The Government Accountability Office expressed doubts in a report last week on whether the TMF will be able to collect fees to cover its own administrative costs. The fund’s program management office has spent $1.2 million, the report said, and collected only $33,165. At this rate, the watchdog said, the TMF won’t recover its costs until 2025.

OMB Deputy Director for Management Margaret Weichert disagreed with the GAO’s assessment, though, and said that the audit “paints an incomplete picture of the TMF.” 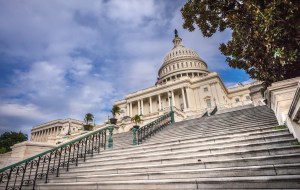