Agency and industry experts want the House Government Operations Subcommittee to consider grading agencies on their use of the Technology Modernization Fund (TMF) as part of the Federal Information Technology Acquisition Reform Act (FITARA) scorecard.

While not every agency has applied for or received some of the $1 billion injected into the TMF last month, those that do could be rewarded on the FITARA scorecard in some way, said Kevin Walsh, director of IT and cybersecurity issues at the Government Accountability Office, during a subcommittee hearing Friday.

The suggestion comes as the subcommittee considers how to continue evolving the FITARA scorecard and worry mounts over just how quickly the TMF Board intends to approve IT modernization projects.

“There’s probably a bit of concern that if the $1 billion doesn’t get consumed, what does that mean for the future of the TMF,” Joe Flynn, public sector chief technology officer at tech company Boomi, told FedScoop. “To that end, one of the things I think you’re going to really see is they’re going to start to look at maybe a scoring on agencies and how they’re actually taking advantage of the TMF.”

If passed, the bill would require agencies to include IT modernization investments, system upgrades, staff technology skills and expertise, and stakeholder feedback in their annual performance plans.

“To determine the scope and feasibility of IT modernization [chief information officers] must be more involved in agency performance planning,” Connolly said.

Agencies should “absolutely” be planning how to secure or eliminate their oldest systems, Walsh said.

The TMF will help modernize agencies’ legacy systems if the funding is used effectively,” Walsh said. “The challenge is going to be ramping up that team that manages the TMF to make sure that they have the expertise necessary to oversee these projects.”

The Department of Labor was the only agency to receive A grades in six of seven categories on this latest FITARA scorecard and one of a few agencies to receive two TMF awards. Used in conjunction with the department’s working capital fund and IT modernization appropriations, the money helped digitalize its Temporary Labor Certification Program in January for $2 million in annual savings.

“I shudder to think what would’ve happened to that printing operation during COVID-19,” said Gundeep Ahluwalia, CIO at DOL.

Agencies’ FITARA scorecard grades have continued to improve despite the removal of easy As, like the software licensing metric, from the last scorecard.

Some federal officials have criticized the scorecard for its changing expectations as a result.

“It is a bit of a moving target, but you have to think of the technology landscape as a moving target,” Flynn said. “The idea of these five-year strategic roadmaps don’t exist anymore because the speed of technology is moving so quickly.”

The subcommittee may expand the scorecard’s cyber category in light of the SolarWinds hack, start grading agencies’ implementation of the Federal Data Strategy or evaluate artificial intelligence use, he added.

“Softer” areas like how well agencies serve citizens, human capital skills and gaps, and IT acquisition cadres and strategic sourcing remain difficult to measure, but the subcommittee could begin scoring federal websites’ accessibility in accordance with the Individuals with Disabilities Education Act, Walsh said.

“The subcommittee will continue to evolve the scorecard in ways that facilitate tracking improvement over time,” Connolly said. “While adding new metrics as necessary to raise the bar on what is needed across the federal enterprise.” 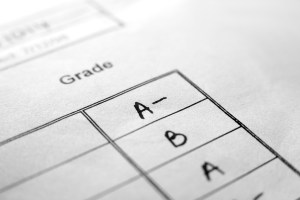 Technology Modernization Fund use may be worked into the FITARA scorecard