A leading technology trade group has written to senior lawmakers in both chambers calling for the inclusion of fresh capital for the federal Technology Modernization Fund in the anticipated omnibus spending bill.

The Alliance for Digital Innovation (ADI) in a missive called for lawmakers to adopt language that would provide $100 million for the governmentwide technology working capital fund.

“Earlier this year, the Administration requested $300 million in its FY 2023 budget request. ADI notes that the House mark includes $100 million for the TMF while the Senate bill does not include additional funding,” says the letter addressed to leaders of the Senate and House appropriations committees. It’s referring to the funding the Biden administration requested for the TMF in its budget request for fiscal 2023.

ADI leaders added: “[G]iven the number of outstanding TMF proposals — 130 proposals from 60 agencies and components totaling over $2.5 billion, according to the director of the TMF program management office — we strongly urge the adoption of the House mark of $100 million in FY 2023.”

Democrats and Republicans are edging towards agreement on a roughly $1 trillion “omnibus” spending bill that would bundle 12 appropriations bills to provide governmentwide funding through the remainder of fiscal 2023.

“With this additional funding, ADI supports Congress’ efforts to provide additional oversight of the fund and the specific projects that are awarded,” the group added. “ADI believes that the priorities of the various agencies should align with the efforts of the administration and Congress to improve both the customer experience of citizen services and cybersecurity of the agencies.”

The Technology Modernization Fund received $1 billion for projects as part of the American Rescue Plan, which was signed into law by President Biden in March 2021.

The House version of the spending bill in its current form also funds the Federal Citizen Services Fund and supports cybersecurity improvements across government.

Both the House and Senate versions of the spending bill would provide CISA with $2.9 billion to carry out its objectives. 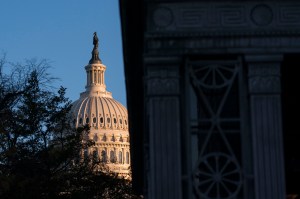