Reed Cordish, a member of the Office of American Innovation, will be leaving White House after just a year.

Cordish, who served as an assistant for intragovernmental and technology initiatives, was one of President Donald Trump’s first major tech appointments after taking office last January. He had personal ties to the Trump family through his work with the Cordish Companies, an international real estate development and entertainment company founded and owned by his family.

He will be replaced by Brooke L. Rollins, CEO of Texas Public Policy Foundation, who, like Cordish at his arrival, doesn’t appear to have a background in technology. Rollins also served as an aide to Energy Secretary Rick Perry when he was governor of Texas.

While in title Cordish was a tech adviser, in practice, during his year-long tenure, he focused more on the president’s infrastructure plan and workforce development.

In an interview the Washington Post, Cordish said he never planned to stay more than a year and that he will return to the family real estate business. 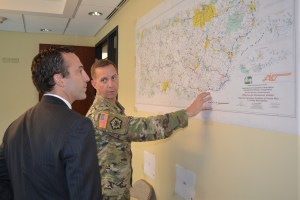 Trump tech adviser Reed Cordish out after a year