The commanding general of Army Cyber Command said this week the U.S. military has gotten better at countering ISIS’s digital operations over the last six months.

“I think what we are learning is in terms of being able to counter a message, being able to attack a brand — in this case the brand of ISIS — and then, the other thing is, how do we do this with the speed and accuracy that is able to get at an adversary that six months ago was moving uncontested in cyberspace,” Lt. Gen. Paul Nakasone said during a Senate Armed Services subcommittee hearing. “I think we’ve learned those things over the last six months. I think we as a department have done much better.”

Little is publicly known about how the military uses offensive cyber tools against terrorist groups like ISIS, an effort which former Defense Secretary Ash Carter once described as “dropping cyber bombs.” 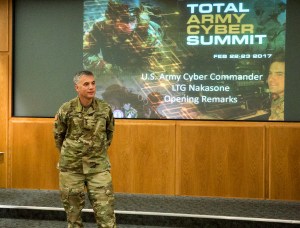