The USAJOBS program wants to improve applicants’ visibility into the federal hiring process by providing job status updates in its portal starting this fiscal year.

The Office of Personnel Management hopes these status updates will help with a compounded problem set it faces in managing federal hiring through USAJOBS. Half of the jobs posted on USAJOBS.gov go without selections being made, in part, because applicants overestimate their skills when asked to self-assess — a problem the U.S. Digital Service (USDS) is working to fix.

And on top of that, the competition for open jobs is fierce: The USAJOBS system sees 18 million applications started annually for about 350,000 announced positions. Data from the talent acquisition system USA Staffing showed only 340,000 selections made out of 11.3 million applications processed, a mere 3 percent.

“That gives you a sense for the high-stakes nature of federal employment and why it may feel like a ‘black hole’ because of the steep competition,” Dianna Saxman, deputy associate director of human resources solutions (HRS) within OPM, told FedScoop.

USAJOBS already updates applicants on their application status depending on grades, which refers to the General Schedule pay scale, and locations, which vary between its 130 agency customers.

But there are “lots of complications behind the scenes” that hinder regular updates, said Michelle Earley, program manager of USAJOBS.

“Trying to roll that back up into a status has been challenging,” Earley said. “In some cases, HR just didn’t press the button to send that forward. And then there are other situations where the messages are being delivered from the talent acquisition system, and it’s just not getting updated on USAJOBS.”

A “concerted effort” is underway to fix those problems, she added.

Adding a job status update in addition to the application update would mean applicants are notified when a position closes and can see how many people applied compared to the number selected. The update would be accessible at any time in the future.

“USAJOBS depends on the agencies to provide updates, and because of the complexity not all agencies send their updates to USAJOBS,” Saxman said. “Wherein this case USAJOBS would automatically update those, and it would be part of closing the case.”

As for problems with applicant self-assessments watering down the hiring pool, USDS piloted pass-fail assessments conducted by two subject matter experts (SMEs). OPM’s Office of Human Resources Solutions is working with USDS to automate the SME process as much as possible within USA Staffing, using a prototype still in development at the Office of Management and Budget.

Applicants deemed qualified by SMEs are added to certificates that a few agencies already share through talent acquisition systems, but not many.

“We’re still evaluating the requirements to see if it makes sense to keep that within talent acquisition systems, to elevate it to USAJOBS, or use some other resources,” Saxman said.

“We’re in a far better place now than we’ve ever been to actually look at this large, complex dataset and start doing analysis that will drive better behaviors, better decisions, as it relates to federal hiring,” Saxman said. 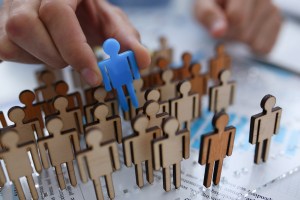