In a statement to FedScoop, a spokesperson for the department said a first incident on Monday lasted for 127 minutes, and that a second incident on Tuesday occurred for a total of 355 minutes.

During the downtime, users across the Department of Defense and Coast Guard as well as clinicians at VA centers were unable to access patient records through the system.

The outage on Tuesday occurred as lawmakers at a congressional hearing grilled VA technology leaders and Cerner executives over the future of the electronic health records systems. Cerner and the department are preparing this weekend to continue a previously delayed rollout of the EHR system to a third location at a medical center in Columbus, Ohio.

VA and Cerner define a system outage as an “unscheduled system event where the entire EHR solution becomes unavailable to users and/or downtime procedures are implemented.”

VA Deputy Chief Information Officer for Electronic Health Record Modernization Laura Prietula said: “There was an outage today at Walla Walla … and an outage yesterday for 127 minutes due to load imbalance.”

According to the VA, all systems are now up and running, and Cerner is carrying out an analysis to determine what caused the issue.

According to the VA, a performance degradation occurs when “all EHR systems and applications are available, but users experience the system as ‘run slow’ (when compared to the baseline performance).”

The spokesperson added: “VA takes any instance of EHR degraded service seriously. No patient safety issues have been reported, to date, because of these two incidents.

The department “has protocols in place that allow providers to continue administering safe and effective care during downtime,” the spokesperson said. 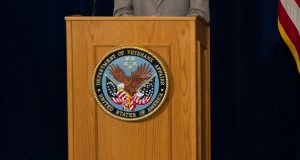