Electronic health record system configuration, routine upgrades and streamlined workflows for clinicians are critical to the Department of Veterans Affairs modernization effort’s success, according to the agency’s undersecretary for health.

Speaking at a press conference Wednesday, Dr. Shereef Elnahal said he witnessed increased stress among clinicians during a visit to the Columbus VA Medical Center in Ohio, arising from the current configuration of the department’s electronic health record (EHR) system.

“The system should ultimately be something that enables better care and is intuitive,” Elnahal said. “And we’re not there yet with this system.”

VA is working with its platform provider, Oracle Cerner, on a series of investigations into whether issues with orders placed, referrals and clinician commands on behalf of veterans getting where they need to go are fixed. VA officials couldn’t say if Oracle Cerner had delivered a fix identified in a July inspector general (IG) report within weeks as it had promised, and that “rises to the top” of patient safety risks the department is trying to address “as soon as possible,” Elnahal said.

VA officials didn’t shed light on their timeline for completing those investigations when asked. But readiness checklists will be used on a “case-by-case basis” to determine where the paused EHR system rollout occurs next, Elnahal said.

Productivity and revenues are “expected” to temporarily decrease where the EHR system is deployed, but there’s been “some evidence” of restoration at particular facilities that is being monitored with VA’s financial allocation system, Elnahal said.

“We need to, as a first priority, fix those issues before we deploy anything,” Elnahal said. “And that is what we’re focused on.” 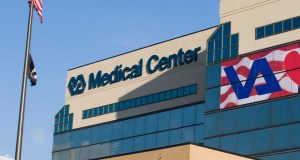