After failing to present Congress with a full picture of the costs associated with its electronic health record modernization program, the Department of Veterans Affairs is bringing in an independent body to review the program and provide a full cost estimate.

Deputy CIO Paul Brubaker told lawmakers on the House Veterans’ Affairs Committee during a legislative hearing Thursday that the VA has contracted the Institute for Defense Analysis to analyze and provide a total lifecycle cost of the EHR modernization program — which was first pitched as a $10 billion project tag before ballooning to $16 billion, and likely more.

IDA will kick off its work later this month, and VA estimates it will be 12 months before it gets a full estimate, Brubaker said.

The VA hopes this will “make sure that for once and for all, we actually capture all of these end-to-end costs” associated with the development and deployment of the program, now three years into its rollout. The program is designed to be a complete overhaul of the VA’s health IT system, with a new cloud-based system from Cerner that should one day be interoperable with the Department of Defense’s own EHR.

Earlier this year, the VA came under fire after a series of reviews by its inspector general and Government Accountability Office found that the department underestimated the costs of infrastructure upgrades in the modernization program by billions of dollars, largely because of inconsistencies in how the department tracks the costs of the sprawling program across its offices and reports them to Congress.

This error led Congress to get involved, proposing the VA Electronic Health Record Transparency Act to force the VA to better account for its spending on the program and properly report it to lawmakers.

Telling lawmakers about the initial estimate, Brubaker said, “when that first cost estimate was scoped, it wasn’t scoped adequately.”

“The issue that we had initially is that we weren’t capturing all of the costs according to what would be a standard lifecycle cost estimate definition — we were only looking at those that were specifically related to deploying the EHRM technology,” he said.

For instance, there are infrastructure upgrades needed for the EHR program that will also support other parts of VA’s IT enterprise that were “assumed by VA’s Office of Information and Technology and the Veterans Health Administration,” as one of the IG reports put it, and thought to be outside the scope of the EHR program.

“What we have to do is we’ve got to understand the end-to-end costs and all the additional support costs that go into the definition of crafting an independent cost estimate, as well as a lifecycle cost estimate… [which] includes all funding regardless of sources necessary for implementation of the program,” Brubaker said. Later, he added, “we have to make sure that we’ve got a very defensible cost attribution model.”

Outside of the independent estimate that IDA will provide, the VA has also stood up an IT investment review board, which Brubaker said “has already established a number of significant criteria designed to get all of us much-improved fidelity over cost estimates.”

“We’re building the IT investment management processes and the governance in order to get you that baseline fidelity that will drive transparency and accountability,” Brubaker said. 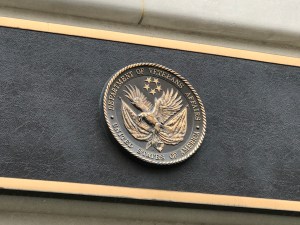