According to sources, an incident on July 21 left doctors and clinicians unable to register patients for a period of about four hours. The glitch was first reported at 11:42 a.m. PT and was resolved at about 3:51 p.m.

During the outage, it is understood that doctors and clinicians at the Roseburg VA Health Care System received a “webpage not found” message when trying to access the health center’s patient registration platform.

The outage is the latest downtime to hit the troubled EHR platform, operated on Oracle Cerner‘s Millennium, and comes after the department last Wednesday said it would delay the rollout of the system to the Boise VA Medical Center.

Technicians were able to resolve the incident by redeploying an enterprise archive file, according to sources, which is a Java archive file format used to package modules as single archive files to ensure the coherent deployment of different modules to application servers.

One person familiar with the matter added that last Thursday’s outage was also raised at a briefing held Friday with VA Secretary Denis McDonough.

Oracle Cerner’s EHR system was deployed at the Roseburg VA Health Care System and its clinics on June 11.

It is the latest center to report glitches, including some instances at the VA’s hospital in Spokane, Washington, which have caused major harm to veterans.

Last week, FedScoop obtained an internal email from Deputy Under Secretary for Health Steven Lieberman in which he described the department’s recent decision to push back EHR implementation in Boise, Idaho as “part of the process.”

“I want to make it clear that this weekend’s decision is not a setback, but rather part of the process,” he said in the memo. “Patient safety and burden on our medical personnel are foremost on our minds, and any adjustments to the go-live schedule reflect this focus,” Lieberman added.

A VA spokesperson confirmed the outage, and said users first noticed a glitch at 10:28 a.m. on July 21. According to the department, the issue lasted for a total of 323 minutes.

“During this time, clinical staff could not check-in, discharge or transfer patients. While staff may not have been able to register patients or transfer them to another unit within the EHR, patients were seen and treated. When the issue was resolved, patients were registered and transferred within the system to the appropriate patient unit,” the spokesperson said.

The spokesperson added: “The cause was tracked back to a March 2022 deployment when the Java Enterprise Archive did not properly clear older files. A combination of system load and load balancing issues caused limited functionality in the system. The issue was triggered by too much load on the system.”

Oracle Cerner did not immediately respond to a request for comment.

Editor’s note: This story was updated to include comment from the VA. 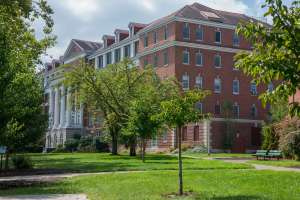