Researchers at the National Institute of Standards and Technology believe that virtual reality could be a useful tool for the public safety community — they’re just not exactly sure how.

There’s a sentiment popular among emerging technology communities that to get the latest and greatest tech, the federal government needs to amend its procurement strategies to be less prescriptive and more descriptive. Tell the builder you need a rocket to get to the moon, don’t prescribe exactly what the rocket should consist of.

If you subscribe to this perspective, and work in VR, then NIST has an opportunity for you.

In a new challenge posted to Challenge.gov, NIST is seeking user interface (UI) and VR experts to design a software concept for a “heads-up” display that would help public safety officials like firefighters and policemen do their work. The heads-up display would show first responders in the field pertinent information like oxygen levels, heat of the fire, victim location and more. These kinds of UI integrations exist in the gaming world, but not much has been done yet with regards to public safety.

How exactly would these displays work? Can we be confident that they deliver the necessary information but won’t distract from the work at hand? Answering these questions, NIST admits, will require much more research.

“Historically, UI design has been broad and rarely targeted for Public Safety however, it’s critical that first responders complete their tasks efficiently and effectively with minimum impediment,” the challenge statement reads.

And so the agency’s Public Safety Communications Research Program is running a four-stage, $125,000 challenge aimed at bringing in some new ideas. Stage one consists of a concept paper — interested participants must submit by Jan. 26. Subsequent stages involve building a prototype and testing it in various VR environments.

This is not the first challenge NIST has run focused on VR and public safety. In June 2017 the agency announced the winners of a challenge aimed at creating immersive virtual spaces where first responders can test new technologies. 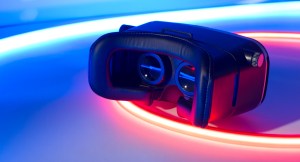