A lawmaker has written to the director of the Mann-Grandstaff VA Medical Center in Spokane, Washington, warning over the impact of the Department of Veterans Affairs’ recent electronic health record system outages on veterans’ care.

In a letter to the director of the medical center last week, Rep. Cathy McMorris Rodgers, R-Wash., outlined serious concerns with delays in care and lost medical records as a result of complications associated with the VA EHR system rollout.

The congresswoman wrote: “I continue to have serious concerns with delays in care and lost medical records due to complications with the EHR rollout. It was recently reported in the Spokane Review that the system has been partly or completely down more than 50 times since it has launched.”

“This has led to hundreds of impacts on patient care, with veterans experiencing unacceptable care delays for critically needed treatment,” McMorris Rodgers. “Veteran records have been deleted from the system, leading to lost prescriptions for critical medications, appointment cancellations and delays, and other unacceptable lapses in veteran safety and care.”

The intervention comes after the VA at the end of April rolled out the new Cerner-provided electronic health records system at the Central Ohio Health System in Columbus. It is the third medical center to adopt the new platform, despite calls from multiple lawmakers for the rollout of the system to be temporarily halted until existing issues with the system are fixed.

According to a recent report by the Spokesman-Review newspaper, the EHR platform has gone offline more than 50 times since it first went live in 2020.

The VA is in the process of conducting root cause analyses of the electronic health record system’s problems with Cerner, which built the commercial-off-the-shelf (COTS) product the department is moving to under a $10 billion contract. 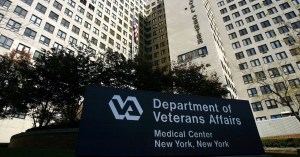