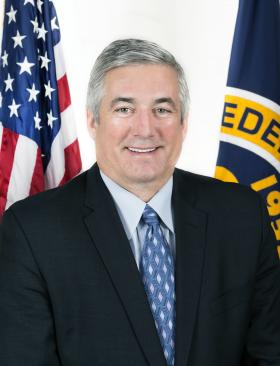 DHS officials confirmed Monday that Barry West, deputy CIO and senior accountable official for risk management, will retire from the department May 31.

A veteran IT official who has held positions at multiple agencies — including as CIO of the Department of Commerce, National Weather Service, Federal Emergency Management Agency and Federal Deposit Insurance Corporation — West returned to DHS in November 2016 to serve as a senior adviser for then-CIO Richard Staropoli. When Staropoli later resigned after just months on the job in August 2017 and was replaced by John Zangardi, West remained to help advise on key issues.

In October 2017, West was named acting CIO under a limited-term senior executive service appointment, to last three years or less.

Over the past year, West often touted DHS’s role in the president’s cybersecurity executive order as well as the agency’s plan to find more IT and cyber efficiencies through actions like the consolidation of its multiple Security Operations Centers.

Recently, West noted that due to an ongoing shortage of cybersecurity professionals in the market, contracting could play a larger role in managing federal cyberdefense.

“When I look at a visionary view of cyber, I think this is really where we are headed,” he said at ATARC’s Federal CISO Summit in January. “This would have been far-fetched probably five years ago, saying you were going to have a private sector company perform your security.”

DHS officials didn’t address whether they would appoint anyone to fill his current role.