The 2020 census produced a total U.S. population count that was generally in line with expectations, according to two official reviews released Thursday, but there were undercounts of several demographic groups.

The 2020 count — labeled by officials as the first “online census” — faced numerous stresses on its IT infrastructure, in addition to the challenges that came with a global pandemic, natural disasters and hangups within the Trump administration, including efforts to add a citizenship question and stop the count earlier than planned. Among the new technology was an iPhone app that enumerators used when trying to count the homeless population.

The bureau will release more detailed information about the 2020 count later this year, including detailed breakdowns by state. 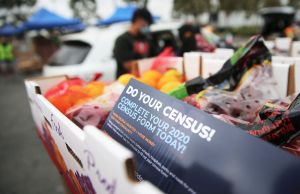 Reviews of 2020 census data show undercounts of some demographic groups, overcounts of others