The Air Force‘s Advanced Battlefield Management System (ABMS) — the network that the force hopes will link sensors across air, land, sea and space — needs stronger analysis and cost estimates to ensure it doesn’t slip behind schedule and incur cost overruns, according to a new Government Accountability Office report.

The report highlights the Air Force’s lack of planning and cost analysis as a mistake that major weapons systems programs have fallen in before. ABMS is critical to the future of the Air Force as it is the foundation of Joint All Domain Command and Control (JADC2), the military’s futuristic network-of-networks concept that will aim to expand data interoperability across the services. ABMS has already seen some delays due to the coronavirus pandemic with its April demo being delayed to June.

“Unless addressed, the unclear decision-making authorities will hinder the Air Force’s ability to effectively execute and assess ABMS development across multiple organizations,” the report states.

To mitigate potential cost overruns or schedule delays for the system’s development, the report recommends creating more robust analysis and planning, and that the Air Force brief Congress quarterly. The GAO directs many of the recommendations to the chief architect for the program, Preston Dunlap, who has served in that position since March 2019. The chain of command on the project also needs refinement, the report says, recommending the Air Force make a document outlining acquisition authority and decision-making responsibilities.

The Air Force has taken a “nontraditional approach” in its development of ABMS and JADC2. Instead of working through long requirement lists, the service has chosen to focus on short-term efforts that will “enable it to rapidly field capabilities,” according to GAO. But that path of tech-sprints still needs detailed plans to ensure the program doesn’t fall behind and out of sight of Congress.

“GAO’s previous work has shown that weapon systems without a sound business case are at greater risk for schedule delays, cost growth, and integration issues,” the report states. 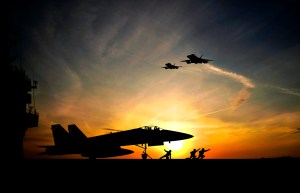