Federal contractor Aerojet Rocketdyne has agreed to pay $9 million to settle allegations that it violated the False Claims Act in its representation of compliance with cybersecurity requirements in certain government contracts.

In a statement late Friday, the Department of Justice announced details of the case, which is the second such investigation to be brought as part of the agency’s Civil-Cyber Fraud Initiative. In March, a medical services contractor paid $930,000 to settle allegations related to services it provided to the State Department and Air Force.

Aerojet provides propulsion and power systems for launch vehicles, missiles and satellites and other space vehicles to the Department of Defense, NASA and other federal agencies

Commenting on the case, U.S. Attorney Phillip A. Talbert for the Eastern District of California said: “The qui tam action brought by Mr. Markus is an example of how whistleblowers can contribute to civil enforcement of cybersecurity requirements through the False Claims Act.”

In October last year, the DOJ announced the launch of its Civil Cyber-Fraud Initiative, through which it intends to hold federal contractors financially accountable when they knowingly misrepresent the state of their cyber defenses to government agencies.

The False Claims Act was first enacted in 1863 in response to defense contractor fraud during the American Civil War. It was amended in 1986 to increase incentives for whistleblowers to come forward with allegations of fraud.

Under the act, any person who submits false records to the government can be forced to pay triple the damages caused to the government from fraudulent contract submissions. The offending entity can also be hit with a civil penalty of up to $10,000. 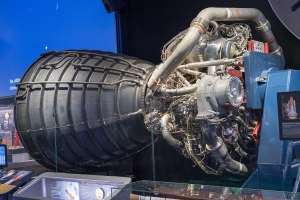