Federal agencies now have a one-stop-shop for their hyperconverged infrastructure needs.

The Enterprise Software Category Team at the General Services Administration negotiated a deal with Nutanix and Carahsoft to offer a suite of 10 hyperconverged cloud infrastructure solutions on the agency’s governmentwide IT Schedule 70 contract.

Those 10 products “cover the most common HCI applications and will enable agencies to simplify their data centers and transition away from legacy infrastructure to a more operationally efficient, modern and optimized platform,” according to a GSA release.  Hyperconverged infrastructure essentially takes the hardware stack in a traditional data center — the computers, storage and networking —and replaces it with commercial software, virtualizing those elements for a more agile, compact and cloud-based IT infrastructure.

GSA believes this offering will have big implications in the federal government’s push for data center consolidation and optimization, the Federal IT Acquisition Reform Act (FITARA), and the push to the cloud.

“The addition of the HCI platform under the FITARA initiatives provides federal agencies with access to a streamlined procurement option for easily and efficiently transitioning to a converged cloud environment, whether public, private or hybrid,” said Kay Ely, assistant commissioner of the IT Category team at GSA.

Ely called the strategic contract “another example of category management in action — ITC is providing agencies with more efficient and cost-effective access to IT products and services.” Harnessing the economies of scale across the federal government, GSA negotiated significant savings for agencies who buy through the contract, in some cases up to 50 percent when they try a pilot that allows them to use an entry-level product before scaling up.

Leading the IT category, GSA has reached a number of similar contracts — like those with Hewlett Packard Enterprise, Adobe, Salesforce and Esri — in recent years to centralize buying of popular software, eliminating redundancies for agencies who otherwise had to procure the products on their own.

These types of contracts aim to fix the very broken way the federal government buys and manages software.

“We have a really fragmented and inefficient marketplace, particularly around software,” then-U.S. Chief Procurement Officer Anne Rung told FedScoop in 2015. And there’s no shortage of evidence, like the Government Accountability Office’s 2014 reporting that details the $9 billion in poor spending on software licenses among more than 50,000 transactions.

“We buy and manage in a very decentralized manner, we struggle to create accurate inventories — so we don’t know what we own — we often purchase unneeded capabilities, and we’re not sharing information across government like pricing terms,” Rung said. 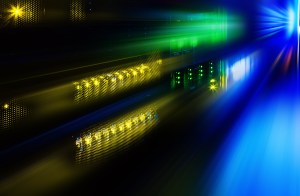 Agencies to get hyperconverged savings from new GSA deal