A pilot program is taking shape that seeks to help agencies integrate their public information into digital personal assistants like Amazon’s Alexa in hopes of laying a foundation for self-service access by people at home, in their cars and more.

The General Services Administration launched Monday the U.S. Federal AI Personal Assistant Pilot, and “due to overwhelming response, we’re adding more collaborators from both government and industry,” said Emerging Citizen Technology Program Lead Justin Herman to FedScoop via email. This first phase of the open-source pilot “includes read-only use of public data,” according to the Wiki, but discussions are being had around expanding the pilot to future phases.

The pilot is focused around citizen service — making government information readily available to so-called intelligent personal assistants on the consumer market — and not internal government use of the technology.

For example, the HHS team presented a few different possible business cases for using a personal assistant, including a program dubbed “Smokefree” that “gives 24/7 encouragement, advice and tips for becoming smokefree and being healthier.”

As an example per the wiki, a person with an Alexa in their home could ask: “Alexa, ask Smokefree for benefits of not smoking for two weeks.”

While the Alexa is one example, there are many other commercially available intelligent personal assistants such as Microsoft Cortana, Google Assistant and Facebook Messenger chatbots.

Right now the pilot is still in the first step of identifying “stakeholders, roles and responsibilities,” Herman said. Next steps include addressing compliance requirements and developing a plan for that, and then hosting a one-day development workshop to refine the business cases through design thinking and more, according to the pilot’s wiki.

The pilot, according to its wiki, “will result in public service concepts reviewed by the platforms of your choosing, as well as the creation of a new field of shared resources and recommendations that any organization can use to deliver our program data into these emerging services.”

“From privacy, security, accessibility, and performance to how citizens can benefit from more efficient and open access to federal services, the program is working with federal agencies to consider all aspects of its implementation,” the wiki says. “Additionally, by sharing openly with private-sector innovators, small businesses, and new entries into the field, the tech industry will gain increased transparency into working with the federal government.”

Georgia, notably, has already been experimenting with using Alexa to address the issue of accessibility to government services. 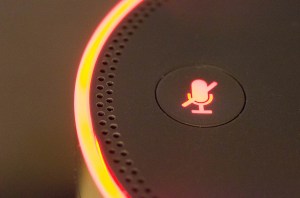