The Air Force continues to link up with academia, industry and other government agencies to pursue the next generation of computing power.

The Air Force Research Lab (AFRL) in Rome, New York, announced Monday it is “doubling down” on partnership and innovation in Quantum Information Science (QIS) by hosting virtual pitch events, including one that runs Tuesday through Thursday. The focus on “game-changing” ideas is being led by the Innovare Advancement Center, an institution that has partnerships with AFRL, other government agencies and private-sector corporations.

The pitch event is the second in recent months through which the military is offering money to support breakthroughs on the computing technology, which could have major impacts on warfare.

“The Air Force is committed to building a quantum information science alliance of principal investigators across academia, industry, and the government to accelerate advancements in this emerging field with events like this accelerator and the partnerships that are amplified by the Innovare Advancement Center,” AFRL Information Directorate deputy director, Michael Hayduk, said in a statement.

For the military, QIS presents unique challenges and opportunities, such as the compute power to break encryption and secure communications that commanders rely on. The idea is that instead of the binary 1s and 0s at the heart of of present-day computer processing, the new technology would harness the phenomena of quantum physics — such as the superposition and entanglement of particles — to allow for dramatically more power and speed in computation. Big increases in computing power, for example, could make it much easier to break an adversary’s encryption with “brute force” techniques.

The military’s pursuit of QIS comes as the White House recently announced a new QIS advisory board and more than half a billion dollars in funding for new QIS research centers led by the Department of Energy.

Of the nearly 250 teams from universities, research institutions and companies around the world that applied for this week’s pitch event, 36 were selected to bring their ideas to the virtual table, according to the Air Force. AFRL said it hopes its partnerships with places like Innovare Advancement Center will advance a multi-pronged approach to working across sectors. 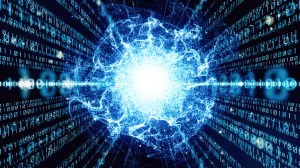 Air Force ‘doubles down’ on quantum partnerships and pitch events