The Architect of the Capitol needs to implement better oversight of task orders awarded under a blanket purchase agreement (BPA) for engineering, app development and IT services, says its inspector general.

A newly released report by the AOC IG looks into a task order to provide the agency’s Information Technology Division (ITD) with IT support services. It concludes that while the contract itself was awarded in accordance with the law, “contracting officials did not properly monitor the BPA.”

The IG found that the contracting officials at the AOC “did not properly monitor the task order to ensure adequate oversight of the contractor performance.” Specifically, they didn’t “adequately” perform post-award administration duties, nor did they monitor the contractor’s quality control plan.

“It is important for the AOC to establish effective internal controls for monitoring contractor performance,” the IG notes. “Proper contractor oversight also ensures that the AOC receives services that are timely, complete, and meet the scope of the contract requirements.”

The AOC, however, did not agree with the IG’s assessment.

“The AOC employed a variety of contract management tools suitable for a contract of this nature to carry out post-award administrative duties and ITD staff (to include the [contracting officer’s technical representatives] and ITD program officials) worked alongside, or near to, the contractor daily and had firsthand knowledge of the contract’s performance,” the office states in its comments on the IG’s findings.

The AOC continues to argue IG’s findings, but the IG isn’t swayed. In all, the report makes eight recommendations, many around improving post-award oversight of contracts. 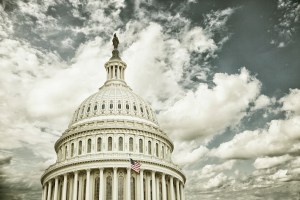 Architect of the Capitol could do a better job monitoring IT contracts, says IG