The U.S. Army’s Program Executive Officer for Aviation announced Monday that it has partnered with the Silicon Valley-based Defense Innovation Unit and the Army’s Maneuver Center of Excellence to develop new “on-demand” reconnaissance drones.

The Short Range Reconnaissance (SRR) program, as the partnership is known, will work with commercial companies to prototype small unmanned aircraft systems (UAS, or drones) that are cheap and portable in a backpack and can provide soldiers with “a rapidly deployable scouting capability to gain situational awareness beyond the next terrain feature.”

Adversaries increasingly utilize commercial drones, so now the Army wants in too.

“Engaging with industry in a more collaborative environment allows the Army to design, develop and deliver the latest technologies to benefit the Soldier today as well as better inform how to address identified capability gaps tomorrow,” Carson Wakefield, assistant product manager for PEO Aviation’s small UAS, said in a statement.

The SRR project began with a DIU solicitation in November 2018. The innovation group recently awarded six Other Transaction Agreements (OTAs) in connection with this solicitation, a press release states. A “majority” of the companies that were selected will be working with the Department of Defense for the first time.

Over the coming months, the selected companies will develop their respective drone solutions in an iterative and agile manner. “The goal is to move with speed through the prototyping phase, with companies meeting key milestones, and then transition the best technology to production to be fielded within months, not years,” the press release states.

The interest in drones fits into one of DIU’s five main areas of activity — artificial intelligence, autonomy, human systems, information technology and space. 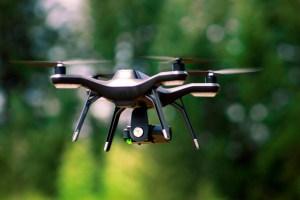