The Army plans to pare its 12 enduring data centers down to six by 2028 and close hundreds of other smaller data processing nodes, Army CIO Raj Iyer said Thursday.

The overall plan is to close half of currently operational data centers and on-premises processing nodes by 2028, a further reduction aimed at moving more data to cloud-based systems. The decision comes as the Army is already transitioning major programs to the cloud, including complex enterprise resource planning systems (ERPs). Previous data center consolidation plans would have left more data centers active, but Iyer stressed the enhanced security of hosting programs and data on cloud-based systems.

Iyer’s comments follow the publication of the Army’s new Digital Transformation Strategy, which creates two new councils to oversee how the the service buys IT services and modernizes its technology.

“We are looking at a 50% reduction in our data centers between now and 2028,” Iyer said during a C4ISRnet webinar.

Beyond the 12 data centers, the Army has approximately 250 data processing nodes, smaller versions of data centers that still host applications on-premises. Hundreds of the nodes will also be turned off in favor of migrating data to the cloud.

The decision comes after three of the four most complicated ERP systems were migrated to the cloud, Iyer said. There was skepticism that the complex planning programs could be moved, but Iyer said the Army’s success shows the importance of data migration.

“It is a great time to start shutting down those data centers,” Iyer said.

Additional new plans for how the Army will use the cloud will be coming in the next few weeks and months, Iyer previewed. He described new guidance as updates to the Army Cloud Plan and Army Data plan.

“We have work to do, and we need to keep us on track,” he said of the new plans. It’s unclear what they will change for the Army’s modernization direction. 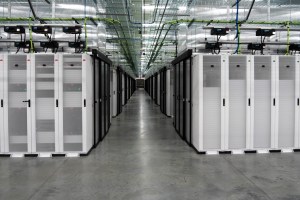