The bid protest has ended and AT&T has officially been awarded an IT contract with the National Security Agency. This is the second of three contracts that the agency will be awarding as part of its classified Groundbreaker program.

The tech giant won the contract back in Oct. 2017 but DXC Technology — who was one of the bidders — protested it, halting progress. Last week, the Government Accountability Office denied the protest.

In the late 1990s, the agency was faced with a telecommunication and technological revolution that they didn’t have the skills to keep up with. In 2001, the NSA launched the Groundbreaker program, outsourcing all of its internal communication systems.

That same year, the agency awarded its first contract to the Eagle Alliance, known now as CSRA, a group of high class contractors, providing the NSA with cybersecurity services. The contract was renewed in Sept. 2017 under CSRA.

The Groundbreaker program was formed to move away from using in-house technology experts to becoming a privatized agency. The full contract was originally valued at more than $5 billion but as the program grew, the NSA decided to break the contract into three separate parts. The NSA has not yet awarded the third and final technology contract. 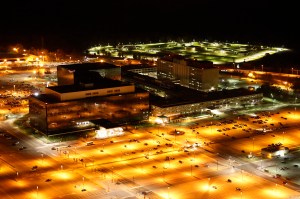 AT&T lands NSA contract worth billions to outsource IT