The president nominated former Naval officer and current CEO of a small IT company, Carlos Del Toro, to be secretary of the Navy.

Del Toro has been president and CEO of SBG Technology Solutions since 2004, according to LikedIn. Prior to this, he served more than two decades in the Navy, including deployments commanding a missile destroyer and working in the office of the Secretary of Defense.

At SBG he worked closely with the federal government on a range of issues, according to a White House statement.

The Navy has struggled with cybersecurity and modernizing its IT systems. A 2019 report found major gaps in both the Navy and its industrial suppliers’ networks, a problem previous secretaries have tried to prioritize, despite high turnover in the top job. 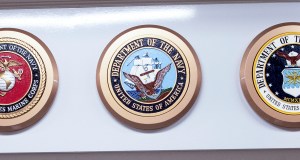